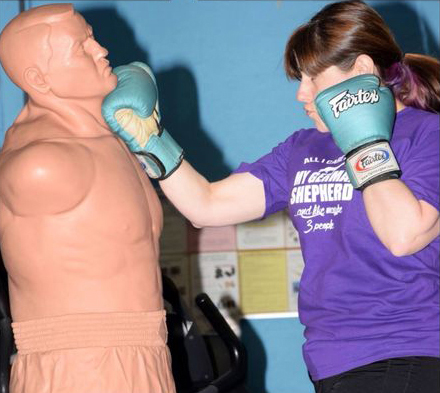 I’m thrilled to announce that Rescue Dogs, an excerpt from my work in progress, has been published in the University of Washington’s Stratus: Journal of Arts and Writing.

I’ve been working on Fight Like a Lady since 2009 (it started as a NaNoWriMo book!), although not steadily: I wrote Bark and Lunge during that time. It’s so close to being done, and I can’t wait to share it with all of you.

I also entered the first several chapters in 2016 Ink & Insights Writing Contest, where it placed in the Top 10 of the Apprentice category. I was very flattered that one judge wondered why it wasn’t submitted in the Master category. (Because it wasn’t finished!)

So, this is awkward.

Since I started working on my memoir Bark and Lunge, this has become a dog blog. I love all the people I’ve met in the dog blogging community, and I plan to continue blogging about dogs.

I’m working on my second book, a novel about a mixed martial arts fighter who rescues pit bulls. You may have noticed that I post a lot about pit bulls and rescue dogs.

I haven’t written about MMA for a few years, but today I want to write about Ronda Rousey. I’m just going to Trojan Horse it with a picture and a video from last year of her with her dog, Mochi.

Are Tamagotchis still a thing?

Now then. I love Ronda Rousey. I’ve been following her for years, and gained understanding and huge respect from her memoir, My Fight / Your Fight.

It is a solid memoir, thanks to Rousey’s co-writer, her sister Maria Burns Ortiz, a journalist. It tells the story of a little girl whose verbal skills were slow to develop, leaving her unable to explain to her family that all she wanted for her birthday was a Hulk Hogan wrestling doll. When she starts competing in Judo, her mother, a Judo champion herself, instills a confidence and drive to win. The thing I admire most about Rousey is how hard she works. She goes into every fight expecting to win, which is why she took her losses in Judo very hard. Turns out, the sport she was born to do hadn’t been invented yet; women’s mixed martial arts wasn’t even a thing.

I was fairly devastated on Saturday when Ronda was knocked out by Holly Holm. And I feel defensive about any backlash and criticism of the sport.

People have every right not to enjoy watching cage fights. I don’t like baseball or basketball. But I don’t criticize people who do like it. I don’t ask, “HOW is this fun to watch?”

Still, I will answer that question. Make no mistake. It was NOT fun for me to watch Ronda get punched bloody, kicked in the neck, knocked out, and then punched three more times while unconscious. Just like it’s not fun to watch your sports team get trounced or your favorite player get carried off the field.

Setting that aside (which I have trouble doing because watching the fight was emotional for me), an objective person can see the athleticism and skill behind Holm’s punching and kicking.

Just imagine if, instead of getting knocked out by this this top-notch kickboxer, Rousey had shot in, taken Holm down and submitted her in a choke or an armbar. Everyone would be talking about Rousey’s Judo skills. How amazing it is that a person could defeat such a formidable opponent without doing any physical damage.

That’s what I was hoping to see. And maybe we will see it in a rematch.

**For anyone who compares mixed martial arts to human dog-fighting, for now, I will say only that the difference is, the dogs didn’t sign up for it.