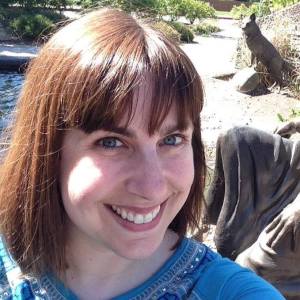 I write about dogs.

Having grown up in Los Angeles and graduating from USC’s School of Cinema-Television in 1997, I attempted to make a living in Hollywood for a few years before I decided I’d have a better chance of getting on television as a broadcast journalist. In 2000, I enrolled in the master’s program at Northwestern’s Medill School of Journalism. After a few weeks, I discovered that I enjoyed writing more than I probably would ever enjoy being on camera. I also really liked copyediting, so I switched my focus to print, and earned my master’s degree in 2001, after spending my final quarter interning at The Prague Post.

Since I wasn’t ready to leave Prague, I went to work for Radio Free Europe/Radio Liberty, reading wire reports from around the world and rewriting them for radio broadcast in countries like Iraq, Iran, Azerbaijan, Tajikistan and Kyrgyzstan. At one point I could have told you the presidents and capitals of every country in Central Asia, but that knowledge has been lost. Favorite moments at that job include taking photos with an inflatable Yasser Arafat, and having coworkers put up a sign renaming the news desk the “Axis of Evil” desk. We had to take that sign down the day Laura Bush toured the building. It was at RFE/RL that I started this blog, and many of my early entries concerned world affairs. Now I write about my dogs.

I returned to the United States, moved to Washington state, worked as a reporter for the Skagit Valley Herald and The Olympian, had a brief stint in the Office of Communications at Western Washington University, and now work as an information officer at the Northwest Indian Fisheries Commission, where I write and edit and take pictures to my heart’s delight.

When I’m not working, reading, writing, or playing with my dogs, I volunteer teaching an adaptive martial arts class to adults with developmental disabilities at the Max Higbee Center and walking shelter dogs at the Humane Society of Skagit Valley.

My blog posts do not represent the opinions of any of my employers past or present.

Bark and Lunge at me! I love reading your comments! Cancel reply