When asked who would play us in the movie of Bark and Lunge, it’s easy to cast the roles of me and Rob. Right now, I’m thinking Kristen Bell and Chris Pratt, but I’ve also thrown out Claire Danes and Jennifer Lawrence for me, and Matt Damon and Andrew Garfield for Rob. 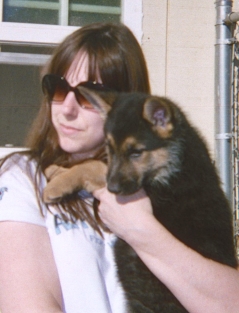 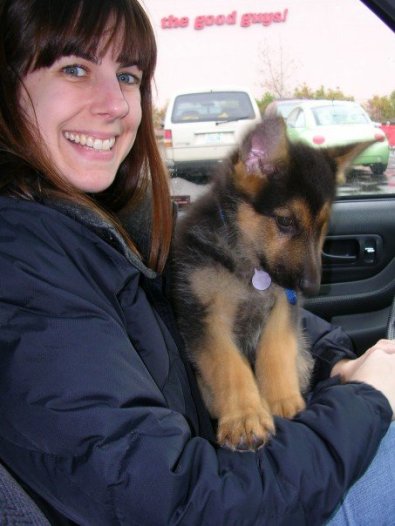 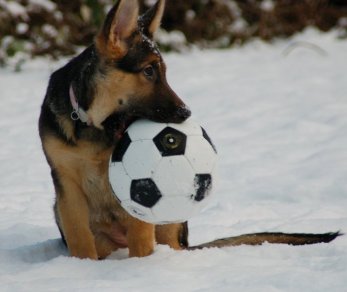 The real challenge though, would be casting Isis. Someone suggested we clone her, which actually, is a possibility because we have some of her baby teeth. Think of it … we could shoot the movie throughout her life, just like Boyhood!

It would be a true test of nature versus nurture. I’ve often thought that if we had socialized Isis correctly, if we’d never put a prong collar on her, Isis would not have been a totally different dog. She might have been less fearful or leash-reactive, but she still would have nipped our ankles with her needly puppy teeth, and pulled on the leash, and loved soccer balls and licking ears and lying across my body like a cuddly Isis blanket.

But if we cloned her … if we really could do it all over again, would a dog with Isis’s exact genetic make-up be the same as Isis? Would she be predestined to die young or could we prevent her early death?

I can take the fantasy pretty far. I picture bringing baby Isis into this house, where Leo would be way more accepting of a new puppy than Isis was of him. And she’d have big sister Mia to keep her in line. If Isis had Leo and Mia’s ankles to nibble on, would that make her less likely to nibble ours?

How much would I be willing to pay to create a genetic match? I feel like if I could pay on credit, I’d pay any amount to have four more years with Isis. But that would be selfish. I should spend that money on finding homes for shelter dogs.

Still … I’d do it for science.

16 thoughts on “Would you clone your dog?”