A few years ago, a work associate I knew only slightly was diagnosed with a brain tumor. He was given a few months to live, but survived almost a year. During that time, I followed a Caring Bridge blog documenting his illness, treatment and family life.

One of the ways his loved ones coped was to fold origami cranes. Thousands of them. Their goal was to fold a symbolic 1,000 cranes, but they exceeded that number. At his memorial service, they handed out the extras.

I thought this was a beautiful idea and decided to learn how to fold cranes. For Christmas, I received a book on origami and a couple of packs of patterned paper. Last week, I opened them for the first time.

Cranes are not difficult to fold, but unless you have someone to show you in person, I recommend following along with a book, starting with the more basic shapes until you master the preliminary fold and the petal fold.

Here is my offering for the Weekly Photo Challenge: Pattern: 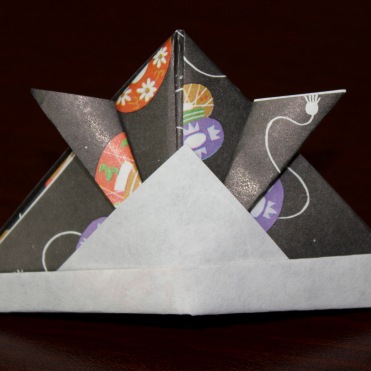 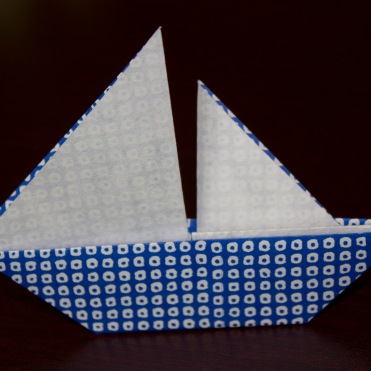 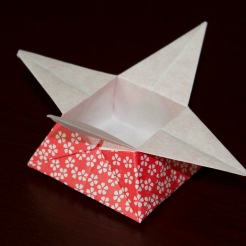 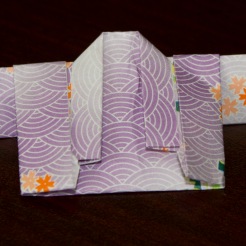 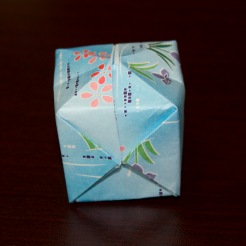 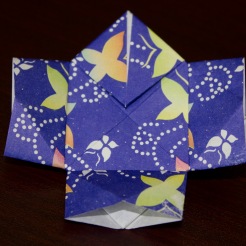 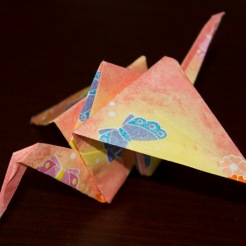 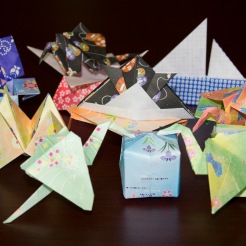 9 thoughts on “The Japanese art of folding patterned paper”